A little while back I went to IKEA to pick up some cushion covers and just a few bits and pieces, they didn’t have anything that I wanted in stock (even though the website said otherwise) so I decided I’d check out their candle section.

I was excited because they’re wicked cheap and I had had some purple pillar candles from IKEA before that burned nicely and smelled pretty good, so why not splurge a bit.

Well I’m thankful that I only spent about twenty bucks on candles because let me tell you now, I won’t be buying candles from IKEA again.

I always promised to give honest reviews and boy oh boy am I going to be honest.

SPINNA Unscented Heart Candles (3-Pack €4) – Well dumbass here, didn’t realise that these had plastic on them so my first one burned quite a bit with plastic film on it, think I got high on the fumes LOL. It burned a hole straight down the centre but I thought that was because of the plastic film, I was wrong, same thing happened on the second one and on the third one.
1/10 (That one point is only for cuteness.)

TINDRA Large Vanilla Tealights (12-Pack €4.50) – These smelled really good in the pack like a really creamy vanilla, sadly not so much when they were burning.
I trimmed the wick (like the packaging suggests) but when it burned there was tonnes of wax left over. I didn’t trim the wick on the rest of them and they burned better but there was still some wax left.
Wouldn’t get them again but they did the job for just wanting a candle burning in the evening for like pretty atmosphere-ness.
2/10

GLANSIG Lilac Tealight Holder (€1.50) – My favourite of my purchases. Such a bargain and so pretty.
These are made to hold small and large tealights. Would buy one in each colour, but will be getting my tealights elsewhere.
10/10

GLITTRAR Scented Candle in Glass in Blue-Grey and Lilac (€2.50 each) – Cute candles, love the holders and will definitely reuse them. They say scented and there was a slight scent off them in the shop but none when they were burning.
Buy them if you want a cute tealight or votive holder, other than that just leave them there.
3/10

FLORERA FIN Unscented Block Candles in Blue-Grey and Lilac (€1.95 each) – I got these purely for decoration, you know candles that look good but you don’t burn them (please tell me I’m not the only one who does that…)
They were definitely unscented when I picked them up in IKEA but now not so much. Now I know that if/when I do burn them that they’ll smell like crappy wax or burning plastic.
Don’t buy them, even if you’re a crazy candle freak like me, there are better things you can spend a few bucks on.
2/10

TINDRA Scented Candle in Glass (€1.65) – I opted for the tropical fruit one. This was the first candle of my haul that I burned and even though smelled nice in the shop, by the time I got home there was no scent at all.
I don’t know what wax they use in all their candles but it’s crap; the wax was rock solid and wouldn’t melt like at all so it just burned a narrow hole all the way down the centre. I didn’t even bother cleaning out the glass holder, I just threw it out.
0/10

TINDRA LJUV Scented Candles in Glass (3 Pack – €5.00) – I was the most excited about these candles and the most let down by them too.
Based on the images on the packages the scents were, I think, Vanilla Pudding or Panna Cotta, Chocolate Cake and like Cinnamon Strudel, and they smelled like that in IKEA but not when I burned them. In fact the chocolate one smelled like, and please excuse my language here, burnt ass. So so soooo disappointed with these, I had such high hopes for them. They burnt just as bad as the tropical fruity candle, if not worse.
0/10

So basically IKEA candles suck, like a whole lot. Their candle holders are cute, if I’m in search of more cute candle holders I might go to IKEA but definitely won’t buy candles from them again.

A fan of Vanilla&Lime recently asked: “Are there any candles you don’t like?”

So I thought I’d answer it here; it’s kind of a tough question.
There are a few scents in candles that I don’t like. I literally can’t handle lavender it gives me the worst headaches ever, which is funny because I’d recommend lavender to people who have headaches or for those in need of some relaxation.

Also I hate anything banana flavoured or scented; if you want to see me reenact gross scenes from The Exorcist then put something bananaish near me, lol. I’ve never liked anything banana even if there’s a trace of banana in something, I’ll be able to smell/taste it.

So when it comes to candles, I won’t buy anything with those in it.

Even if a candle has an amazing scent but turns out to be dodgy; see here, I won’t buy that brand again, why waste money hoping something will eventually work… Those candles have been one of my worst candle experiences so far, so there aren’t really a whole lot of brands that I won’t buy.

I refuse to buy over priced candles that aren’t really worth it. I was once gifted a candle that cost easily three times the most I like to spend on candles; the (crazy) person who bought it for me was obviously fed a lot of sales talk that was far from true when buying it. They were told “lots of essential oils and perfumes, over 150 hours burning time, made so that they wouldn’t get smokey like all other candles, and that you could smell them really well even when they weren’t burning.”

Now I know my candles and trust me if all that stuff was true, I’d have gone and bought ten more. I know how to burn candles, I know how to make them last longer, I know how to keep them from getting too smokey; but that candle burnt for all of about 20 hours if even that, there was no smell off of it when burning which with make me doubt it having “lots of essential oils and perfumes” and even when the wick was super short it smoked like crazy.

That company only had about eight candles along with all their bath and body products at the time, they now have about four different styles of candles in all lots of different scents, one kind even costs $265! Now hopefully they’ve changed how their candles are made because I’d hate to be the candle lover that spends that much on a candle only to highly disappointed and fooled by false advertising and crazy sales people. A candle has to really WOW me to make we want to spend a lot of money on it, but if I came home with a $265 candle, I’d be sent to an insane asylum.

I won’t buy a candle for the sake of buying a candle, but if it smells nice and doesn’t cost a small fortune I’ll probably buy it. I have my favourite brands and love finding new brands to change things up a bit and trust me if you wow me, you’ll never get rid of me.

If you have any questions for me just send me an email at 2girls@vanillaandlime.com.

I kinda think I invented this way (we’ll call it the Samantha Method) to clean out old candle jars because some of them are just so pretty and would be great to reuse, it just seemed like a bit of a waste just throwing them out.

Ok so when you’ve gotten as much use out of your candle as you’ve possibly can, boil some water and fill your jar up. If you’re worried about the glass shattering pop a piece of cutlery in as well. 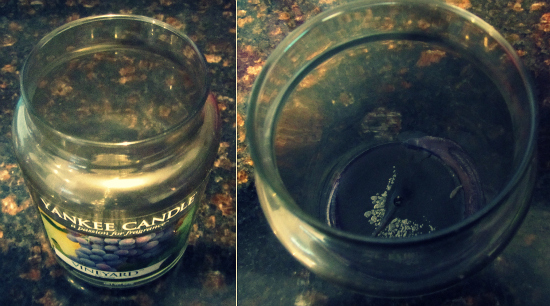 You’ll notice that the wax will start to melt from the hot water and float to the top, it looks pretty neat actually.

Leave your jar to cool down a bit so that the wax is sort of hard and the water is only warm. Scoop out the wax with like a spoon or whatever. If you dry it off you can use this in a tart burner/warmer, waste not want not.

After you empty out the water you’ll probably notice that you have a few specs of wax left on the jar, they’ll wipe away quite easily.

Now this is my favourite part, just pick out the wick holder from the bottom, peel off the label and pop your empty jar in the dishwasher, it’ll come out all clean and shiny and ready to reuse.

For those of you without dishwashers, soap, hot water, a sponge and some elbow grease will do the job.

Here’s just a couple of candle jars that I’ve cleaned out and reused, they’re also great for makeup brushes and like cotton balls. 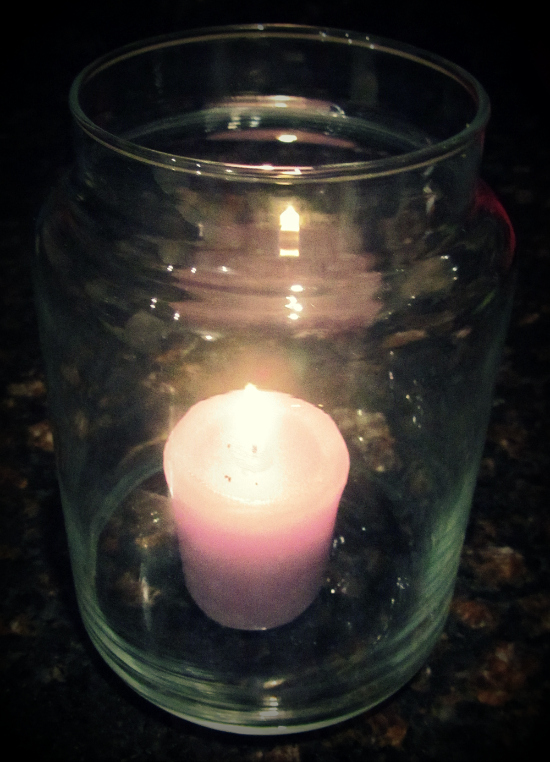 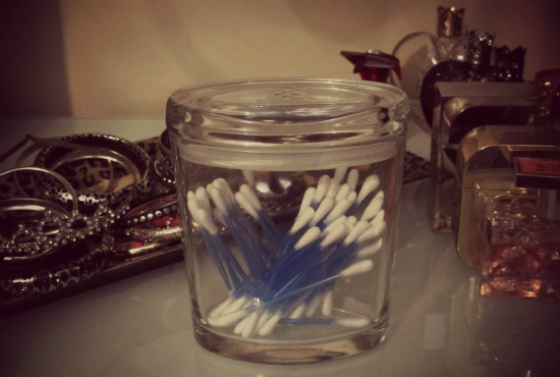 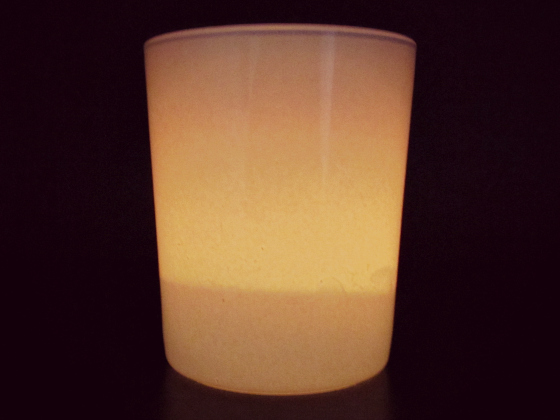 “Copenhagen Candles is proud to showcase our range of stylish and desirable products, with over 40 different fragrances between them. We pride ourselves on using natural, sustainable ingredients wherever possible, but always use only the purest waxes (including blends of natural waxes from sustainable sources) and the finest custom-blended French fragrances, many of which include natural essential oils.”

ones with flowers on the top I think that is such a lovely touch.

I wrote about a previous experience with reed diffusers here, but this one looked quite fancy so I wasn’t worried too much about it being, well, crappy.

I was so impressed by the scent, fig and herb is such a unique combination I’d never have thought to combine them, but they work so well together.

The packaging on the reed diffuser was lovely and quite simple but I did find it a difficult to take out of the box, that could be their fault or it could be just me and lack of caffeine.

I’ve had mine all set up for a couple of hours now and I have to say I’m pretty impressed it’s not a sicky sweet scent, it’s not over powering and it’s doing what it’s meant to do.

Now I really want to try some of the Copenhagen Candle Companies candles!