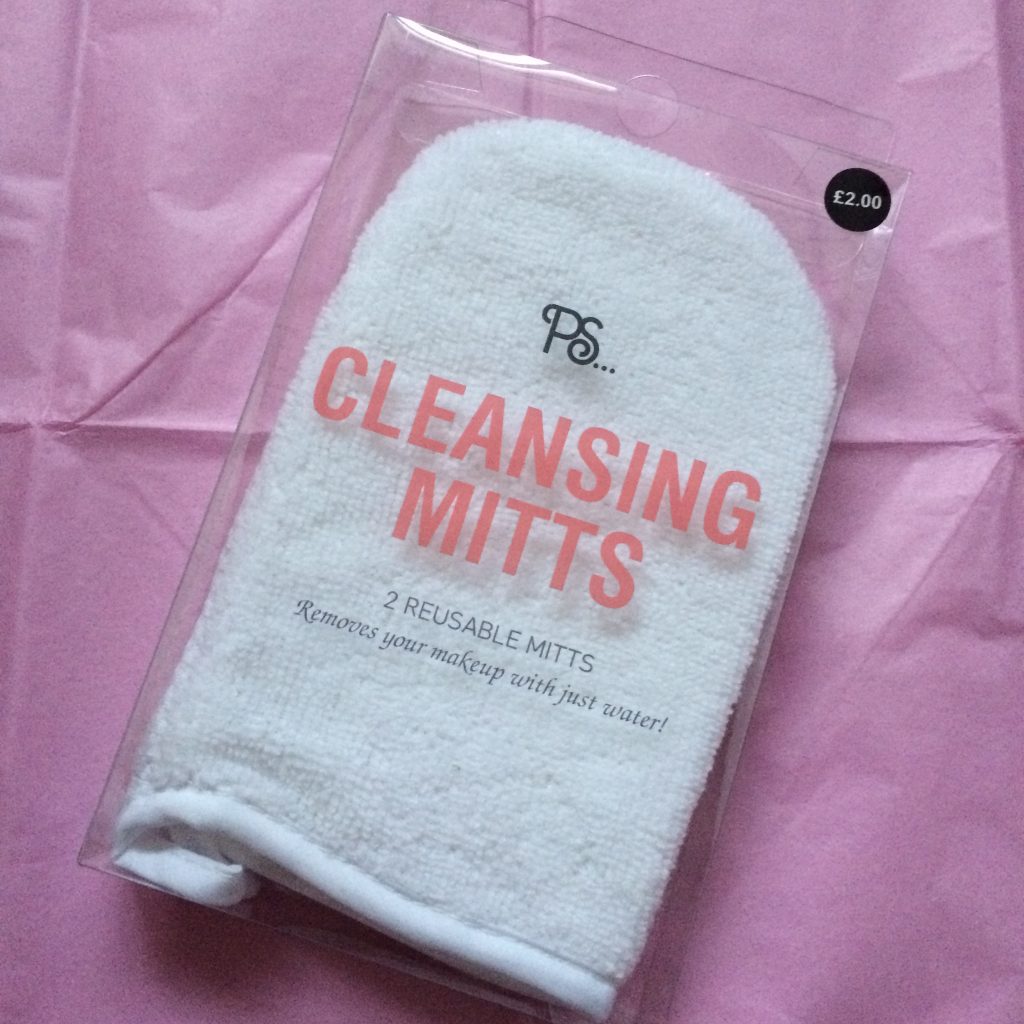 I have to confess these were such a random and “yeah I’ll give them a go” throw into my basket on a recent shop into Primark. The packaging told me that the mitts would remove make up with only water… hmm. Wasn’t convinced but I was intrigued and I know a lot of high street brands have launched or are launching something similar.

First of all they are white and I try to avoid wearing white, I have a set of white towels that I never use because there’s every chance that some fake tan from weeks ago could suddenly appear on them. I’m messy and I don’t mean to be so I avoid white. But of course these mitts need to be white because of what you’ll see on them…

ALL OF YOUR MAKE UP!

There is a smoother flannel like layer and a more exfoliating layer, each time I’ve used a mixture of both and been shocked as my make up transferred onto the mitts using only water! It was quite shocking and disgusting in equal measure to be honest. The exfoliating layer is actually quite surprisingly good but don’t use it on your face when you’ve recently had your eyebrows threaded… what an absolute t*t! Ouch.

Straight after I used my cheap Simple Shampoo to get them back to white again. I’ve seen that people use their normal cleanser with them but that seems like a waste to me! I’ve also washed them in the washing machine a few times to give them a proper clean, they’ve come back out white and not lost their shape either.

They do remove mascara too but I’m not keen on rubbing my eye area too harshly so I prefer to remove any mascara before using these. Especially as my eyes are already sensitive because of hayfever!

I had got into a really good cleansing routine but I’ve sort of being using the mitts for a double cleanse as it’s amazing what still comes off when you “think” your face is clean! I’ve also used them with my Unani cleanser a few times a week to give my skin a real boost.

The best thing about these is that they were only £2 for the set of two. Such a bargain! I had thought that after a fair amount of usage that they might start to fall apart but nope!