We both love Primark (or Penneys to Sam in Ireland) for its bargains and copies of other higher priced items on the high street. We especially love their new range of make up and nail polish called PS Love. In particular we love the mascara range for such a bargain price. However, candles from Primark have always been a bit of a letdown and we haven’t learnt the lesson sadly. On a recent Primark splurge we both bought candles, I bought the Red Berry & Jasmine tin because it was the only one that I got a real smell from in the shop. At the bargain price of £1.50, was it even worth that?

The packaging was pretty plain with the paper insert in the top of the candle and the strip of paper around the tin. Slightly annoying thing but you can’t really grumble at this price, was the price label left the tin sticky. Nothing major but it was very icky to pick up. I had the candle lit for two hours and already it had started to tunnel down and the hot wax wasn’t reaching the outside of the tin. Another two hours still going and it was a little better but I’d had the candle lit for four hours now. There was a vague flowery smell but nothing I could locate to jasmine or red berry. 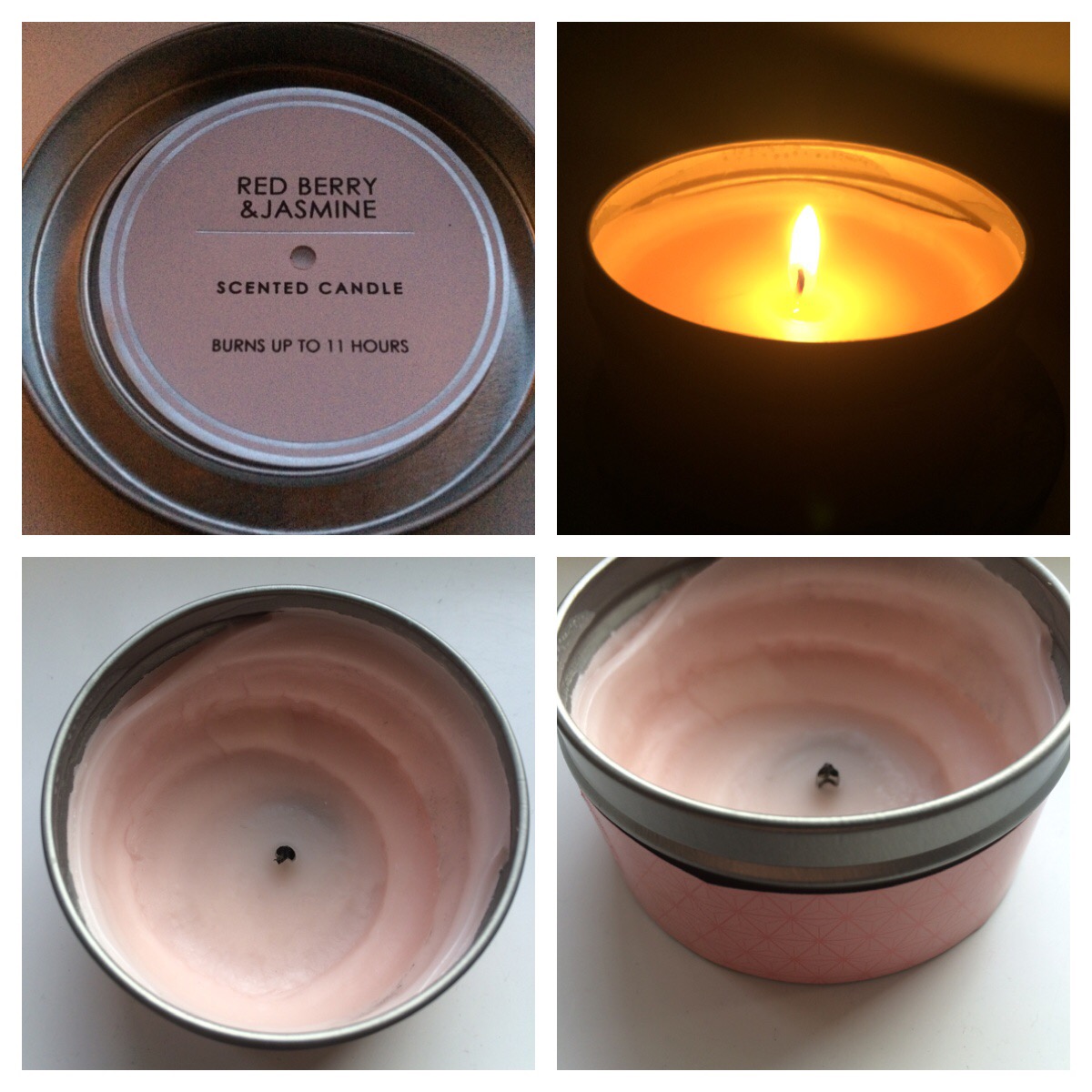 On my second use, the tunneling was getting worse and I gave up. Leaving the candle to end whilst I lit something else, I wanted to see how it looked at the end. It actually doesn’t look as bad as I thought it might have done.

I wasn’t expecting wonders from it but I’d rather you put that money for a Yankee candle votive than one of these. They have had loads of candle accessories in recently and some in some very lovely jars that could be reused. That will be the only reason now that I’d buy another candle from Primark.

So my rule for candles in Primark is don’t pay for one unless you want need the candle jar!