I’ll admit that because I didn’t have a Aldi store close to me I didn’t know what I was missing. Since then I’ve moved and now there are two stores close to me – I didn’t move for this sole purpose. Honest!

Anyway, Aldi are becoming my big shop store for food and I’ve also bought a few homeware items too. I’ve been tempted by lots of things, bought far too much of Moser Roth chocolate (not sorry) and of course I’ve perused the candles.

I’ll admit the candles didn’t seem much to me, not much scent on a cold sniff so I haven’t yet really felt the urge to buy. I did at Christmas look at their reed diffusers as I fancied something a little Christmassy so I bought the Spiced Apple one. I chose it because I could smell it through the packaging and it was making me want mulled wine and general Christmas loveliness. 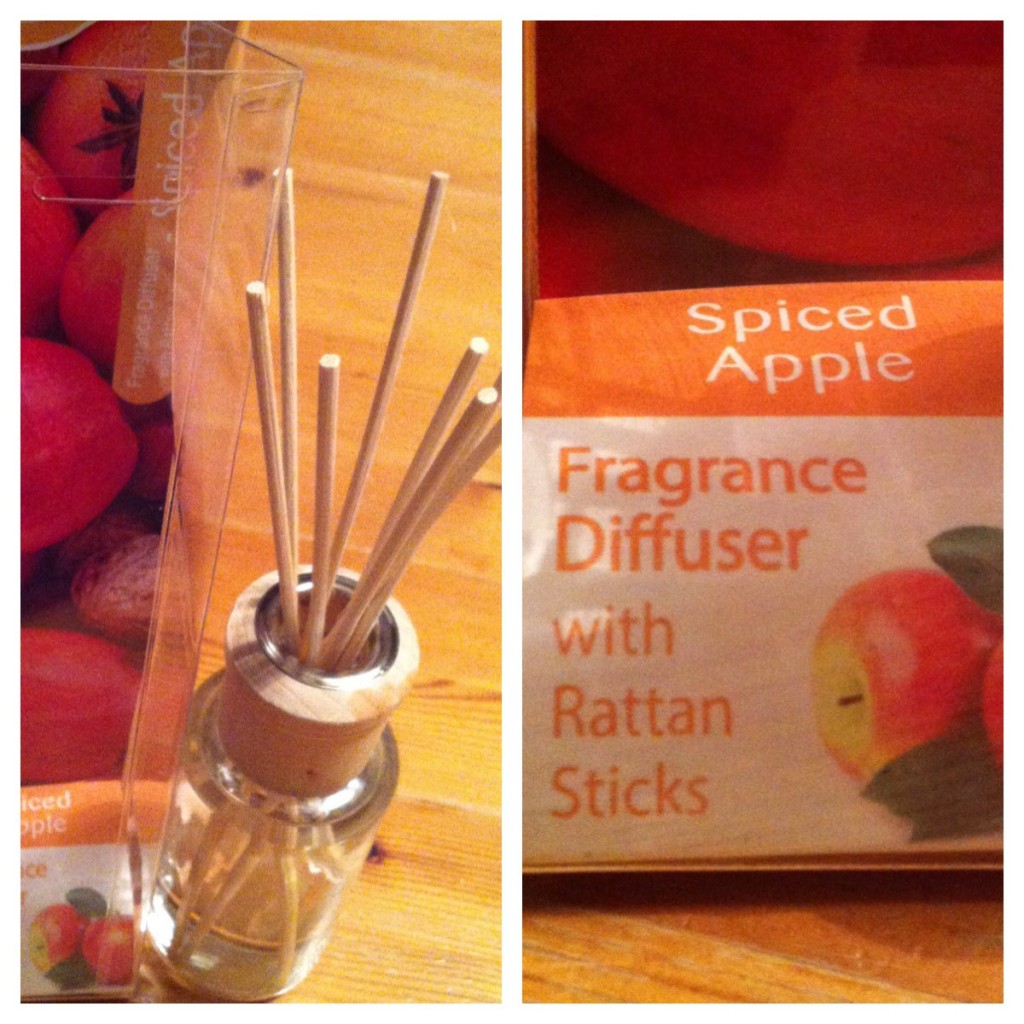 .
The reed diffuser is pretty basic, the bottle is plain and the top is a wooden screw top. Their diffusers are priced at £2.79 but I’m sure at the time I bought mine they were £1.99 but hey, it’s still a bargain. I’m terrible for putting all the reeds in at first, it was a little bit of a squeeze to get them all in but I’ve always got spares when I feel they need changing.

They are only 100ml but I’ve had this nearly 4 months now and there’s still about one quarter left. It still smells amazing, it’s a scent that I will miss in my hallway when it has run out. I also really liked the smaller reeds, sometimes you need a big space for these diffusers because of the reeds. Not the case with these ones.

Spiced Apple was just a Christmas scent but they do have others; Field of Lavender, Fresh Linen, Sweet Pea and Green Fig. I will definitely look at getting another of their reed diffusers, especially Green Fig!